Follow the Fellows: Making a play for gender equality

Could a board game change the world? If it helps players change their minds about the people and the world around them, then Tugba, a 2019 GATHER Fellow from Turkey, is already seeing the results.

Through her company, Learning Designs, she’s created over 60 games and training sessions that introduce skills, ideas, and lessons on everything from teamwork to children’s rights, intercultural learning, youth entrepreneurship, and active citizenship. 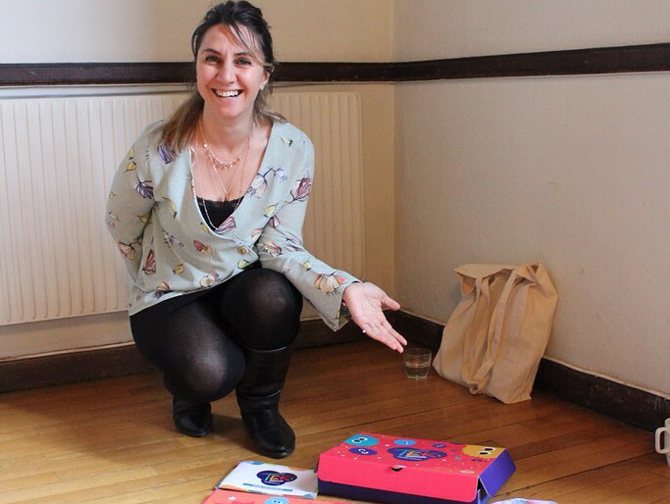 Surprisingly, Tugba didn’t play many board games growing up—she said it just wasn’t part of the culture in Turkey—but she did have a playful grandmother who taught her games from her own childhood. Even through a Skype call over an ocean, that ebullient nature shone through in Tugba: She’s quick to laugh, open hearted, and eager to connect.

Building relationships, along with a desire to make an impact, are, after all, what inspired her youthful aspirations of one day becoming mayor. And though she’s not working in government institutions today, in reality, she’s doing exactly what she always wanted to do: make a difference.

“We are creating many different games and trainings that touch people: refugees, young people, and adults,” she said. “I wanted to be mayor because I wanted to change my region and my city, but now I’m doing it for my country and even on an international scale.”

The games, which are often tailor made working with schools, businesses, and nonprofits who focus on a specific need—such as social inclusion for refugees—have been played by thousands of people in Europe and Latin America, but she applied to the GATHER Fellowship looking to further develop a project that’s based around an issue that hits close to home for Tugba: gender equality.

“Turkey ranks 130th (out of 149 countries) in gender equality,” Tugba said, citing a 2018 report by the World Economic Forum. “To overcome this problem, we have to change points of view and make gender issues a point for people to talk about.” 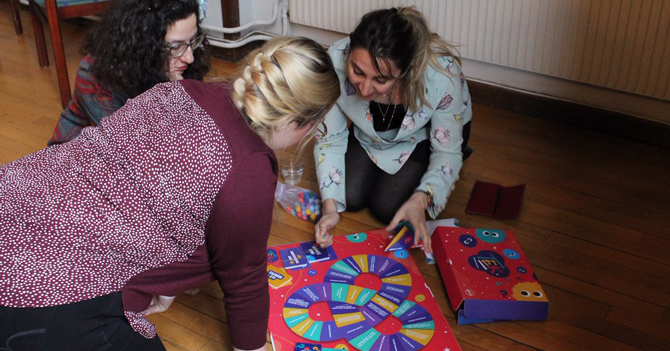 As a female business owner, it’s a topic rooted in personal experiences—when she started her company, she said that even her family still wondered if she could really pull it off, solely because of her gender. It’s these sort of societal barriers, the kind that would give even a supportive family pause or keep a young girl from reaching her full potential, that drive Tugba to change traditional mindsets around gender.

“Our first approach is not to teach, but to explore,” she said. Using a design thinking method, each game begins with research and the help of more than 100 volunteers around Turkey who try out the games. 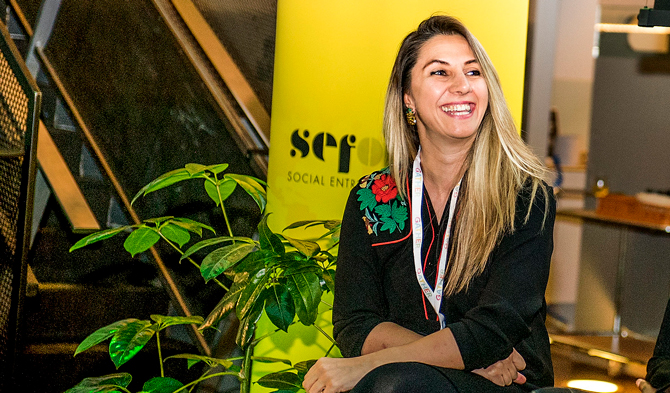 Many of the games encourage players to discuss different topics with the help of prompts—for example, the gender equity game asks questions like, “What do you think of when you hear the word woman/man?” Then continues with questions that flip some of the more common gender stereotypes: “Name any of your boy friends who can cook well,” or, “name a girl friend who has leadership skills.”

“So we are making them think about and discuss gender issues, while they’re also learning about critical thinking and making consensus and working in a team,” she said. “This particular game has already been sent to about a hundred public schools in Turkey, so even when the curriculum doesn’t include gender equality, teachers now have a way to explore the topic through the game material.”

It’s all part of Tugba’s goals to combat stereotypes through dialogue and empathy, while also carrying out the “game-ification” of education, as she called it.

From as early as she can remember—kindergarten, in fact—when it came to the educational system, she’s always thought “there has to be a better way.”

“While things are improving, education in many parts of the world is like a cage for children, where you are not really motivated to learn,” she said. “Learning is the most amazing thing we can do throughout our lives, but while we are children very often it’s like an obligation.”

It was sometime after college, when she held a job running training courses for a European Union program, that she began to see how experiential learning (e.g., games, role playing, and simulations) could invigorate the learning process. If done well, even adults could shake out of their insecurities, and better learn—even enjoy!—a workplace training.

“I noticed that participants in these training courses were being more like themselves; they weren’t judging each other and were being more confident,” Tugba said. “So I started to wonder: How can we use those tools for education? Because education should not only be for cognitive information or knowledge, it should also be a skill, an attitude, an awareness and language. It should be compelling.” 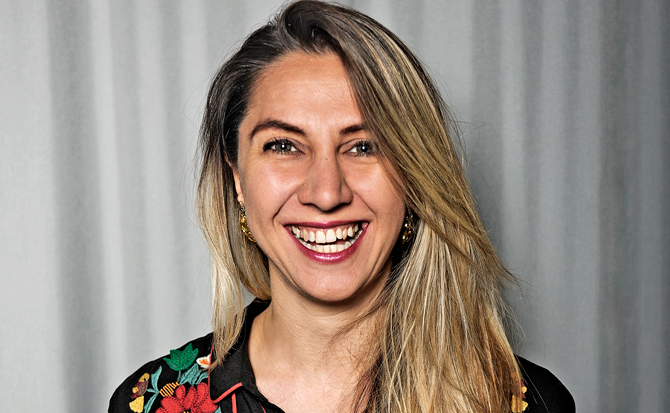 While she hopes to extend the impact of the games’ by translating more of them to English and Arabic, she is resistant to any business strategies that would lessen the social impact of Learning Designs within Turkey. Relationships, Tugba said, are of the utmost importance to her: One way to strengthen connections and bring people together is through playing games, another is through the way she creates them.

“People have told me I should mass produce the games in China for cheap, but I’m producing everything in Turkey because I want to work with local people, social entrepreneurs, and women’s groups and support them,” she said. “My team is always thinking more about impact—how we will make change, how more people will benefit from it—than about profit.”

Success, she said, is not something she’s measuring in numbers, but in the changes she sees in her community, and in the kids playing their games. She described an instance when she was watching children playing a Learning Designs game in the street, and how one little boy refused to follow the game’s instructions to hold hands because it meant he would have to hold the hand of a little girl. About five minutes after being asked why he was refusing, he nonchalantly took the little girl’s hand.

“This is what we want. It’s not about giving them answers, but making them question themselves,” she said. “In many ways, children are more just than adults, and given the chance, I believe that children will find the right way.”

This series highlights our 2019 GATHER Fellows. To learn more about the inspiring social change that Tugba and our other Fellows are working towards, check out #FollowtheFellows on Facebook, Twitter, and Instagram.