Shira has set out to change this mindset.

A singer-songwriter and Hebrew teacher from Jerusalem, Shira is using her platform as a musician to “sing, speak, and shout about what is whispered, censored, and suppressed.” In early September, ahead of the Israeli elections, Shira released Everything is Political, a compilation of protest songs aimed to “slap Jewish Israeli society awake” and shake up the silent majority. 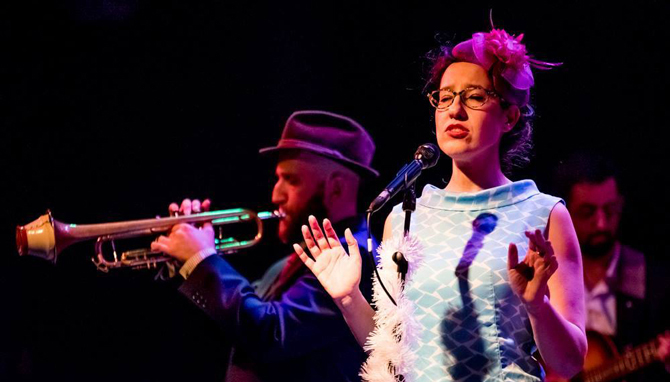 Shira’s music, well-known in Israel’s indie music scene, hasn’t always been as overtly political as her recent release. She’s performed with different bands and ensembles for over a decade in Israel and abroad. A self-described singer of “bitter-sweet contemplations with a groovy heart,” both Shira’s music and her presence radiate a colorful combination of playfulness, grit, and elegance. 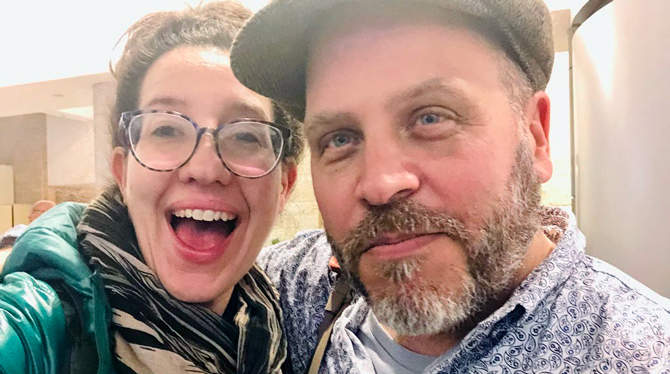 Shira sees music as an essential ingredient in bringing about both individual and systemic change. She sees society as living, for the past few centuries, in a “silly adolescent stage, wasting time and energy hating each other and themselves” and she wants to help society grow up. She speaks of the concept of resonance, a natural phenomenon that occurs when one wave meets another wave with the same frequency, so they start moving together. Resonance is, of course, at the core of music, but Shira also sees resonance as an essential part of the human experience.

Bringing about individual and systematic change isn’t made easy in Israel. Although Israeli artists have a platform that allows them to address political issues or advance progressive messages to the public, very few do so either out of fear or lack of support. Self-censorship, Shira said, plays a significant role in shaping Israeli art. At least half of the Israeli public is not left-wing, so by releasing a left-wing song, artists run the risk of losing half their audience—as well as necessary funding and opportunities. All you need to know about artistic censorship in Israel, Shira explained, “is embodied by Miri Regev, our Minister of Culture, who used to be the Chief Censor of the Israeli Army. It couldn’t be more ironic.” Censorship is an all-encompassing, but underlying aspect of the artistic culture in Israel, and Shira is tackling it head on with the release of her new album, Everything is Political. 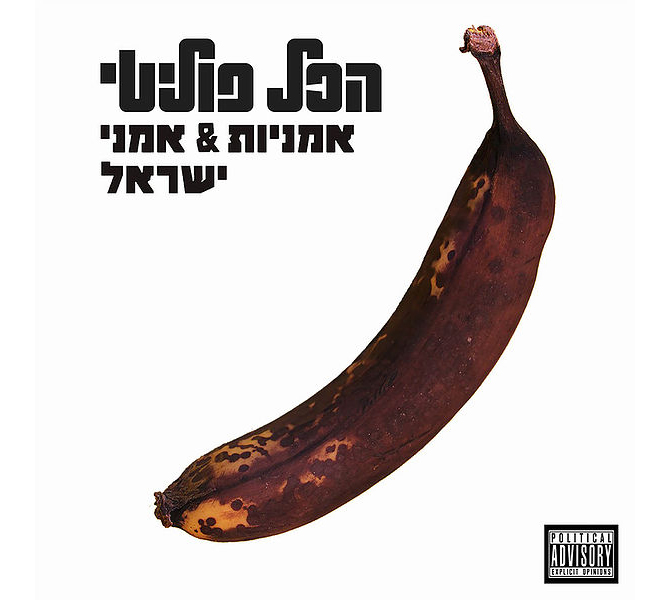 In the creation of Everything is Political, Shira set the most recent Israeli election as a deadline and ran with it. She reached out to a diverse cohort of Israeli musicians, both familiar and famous, asking them to contribute new or existing “harsh, strong, loud, and clear protest songs” to her compilation.

“The compilation is supposed to be an intervention for Jewish Israeli society,” Shira said, “to convince the convinced,” appealing to Israelis who couldn’t find the ideal candidate or were too far left to consider voting. She wants to break the vicious cycle by which Israeli left-wingers become apathetic and alienated as a result of harsh political realities in Israel, thus, they isolate themselves from the political system, and as a result, the political system doesn’t change. 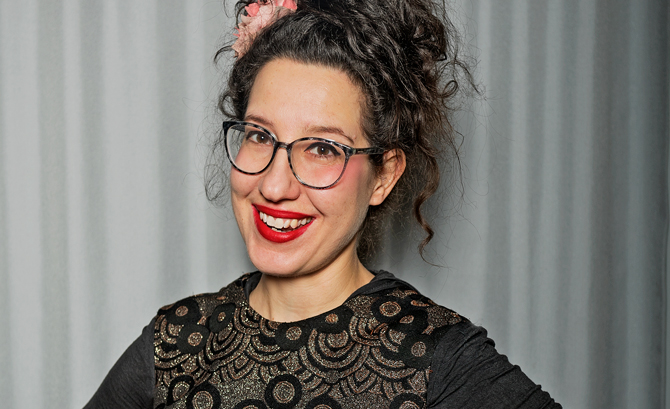 The compilation, despite being comprised of left-leaning protest songs, is diverse in terms of the contributing musicians’ identities, genres, and messages. Some songs straightforwardly call for an end to the Occupation, others are more subtle, and a few focus on other issues in Israeli society, like LGBTQ+ rights or police brutality. One song, for example, “The South is Burning,” by a 16-year old female rapper Chica Loca from Ashkelon, serves as a powerful call to action. “Bibi you should quit and I’m going to be the next prime minister,” Chica Loca sings, “you’re not doing anything, and the South is burning.”

The album’s cover, like everything else about the compilation, is multi-layered in its meaning. Designed by Shira herself, it features a browning banana, emulating the iconic Andy Warhol and Velvet Underground album cover. The banana is also an international and Israel-specific visual play on words. Shira wanted to suggest that Israel is turning into a banana republic and that “our banana is rotten.” She also wanted to invoke the common phrase ‘it’s not rot, it’s honey’ that Israeli parents employ to get their kids to eat overripe bananas. The cover cleverly suggests that if a browning banana can be political, then indeed, everything is political. 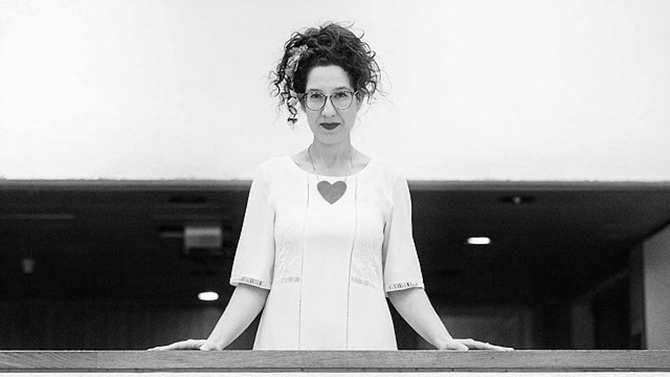 Shira connects the compilation, and her career in general, to her experience at a Seeds of Peace Camp reunion in Jordan in 1996: “Strangely and interestingly enough,” she reflected, “Seeds was the first time that I actually realized that maybe I could sing.”

For much of her childhood, Shira assumed that she had no musical talent (ironic, considering her name means ‘singing’ in Hebrew!) At this Seeds reunion, however, Shira spontaneously auditioned to sing the Seeds of Peace anthem, was selected, and performed publicly for the first time in her life… in front of King Hussein and Shimon Perez.

Seeds of Peace also strengthened Shira’s human rights-centered and artsy upbringing. Seeds helped her bridge the gap between being politically aware and politically active, even though she feels like doesn’t do enough. “I think the fact that I want to do stuff, even if it’s just a tiny bit, it’s definitely inspired by the Seed in me—it’s that part of me that was supported ever since.”

This idea of doing your bit, no matter how small, has manifested in many parts of Shira’s life. A week before she was supposed to enlist in the Israeli army, Shira awoke in the middle of the night questioning how—as someone so left-wing, anti-Occupation, and anti-military—she was supposed to become a soldier. “I just had this seed of peace in me,” she said. Instead of joining the army, Shira volunteered at a youth center in Jaffa and, many years later, co-anchored a talk show at Galatz, the army-run radio station. While working at Galatz, Shira tried to sneak subversive messaging onto the show—determined, even then, to use her platform for protest.

Shira applied for the GATHER Fellowship in part to rekindle the structure and support she received as a Seed. Running with the Seeds metaphor, she describes GATHER as a garden in which she nurtures and grows projects. Shira has to work hard to create the conditions for herself to be successful, as she’s a self-described midnight-to-sunrise creative, not a 9-5er. GATHER provides her with the necessary resources, support, sunshine, and most importantly, structure to thrive. “What artists need most is not inspiration, it’s not money, it’s not love. It’s deadlines,” Shira laughingly acknowledged.

“As I grow older, I see how appropriate and accurate the metaphor of our life as a garden is” said Shira. “I’m happy I’ve come to realize what I need to keep my garden alive, and grateful for the times it’s flowering or even bearing fruit. But I’m also grateful for being able to just sit there, hum a song with the birds, and watch the seeds grow.”

You can listen to Shira and a bold cohort of Israeli musicians using their platform for protest at Everything is Political.

Following the success of Everything is Political, Shira has published a call for artists for the planned sequel to the compilation. Musicians and writers are welcome to send their songs and texts envisioning a better future for Israel and Palestine to contact@shiracarmel.com.

This series highlights our 2019 GATHER Fellows. To learn more about the inspiring social change that Shira and our other Fellows are working towards, check out #FollowtheFellows on Facebook, Twitter, and Instagram.

What We’re Reading: Imagine the future

Follow the Fellows: Making a play for gender equality