Innovative, impactful, in-depth, and on a roll: this was one of the most far-reaching and action-packed summers in the history of the organization.

From Cincinnati to Cyprus, Maine to Morocco, we came roaring back with programs that brought together more than 600 young leaders across divides. As we enter the fall, these changemakers will begin to apply what they learned this summer in their relationships, schools, homes and workplaces. Below are some of the highlights of the summer. 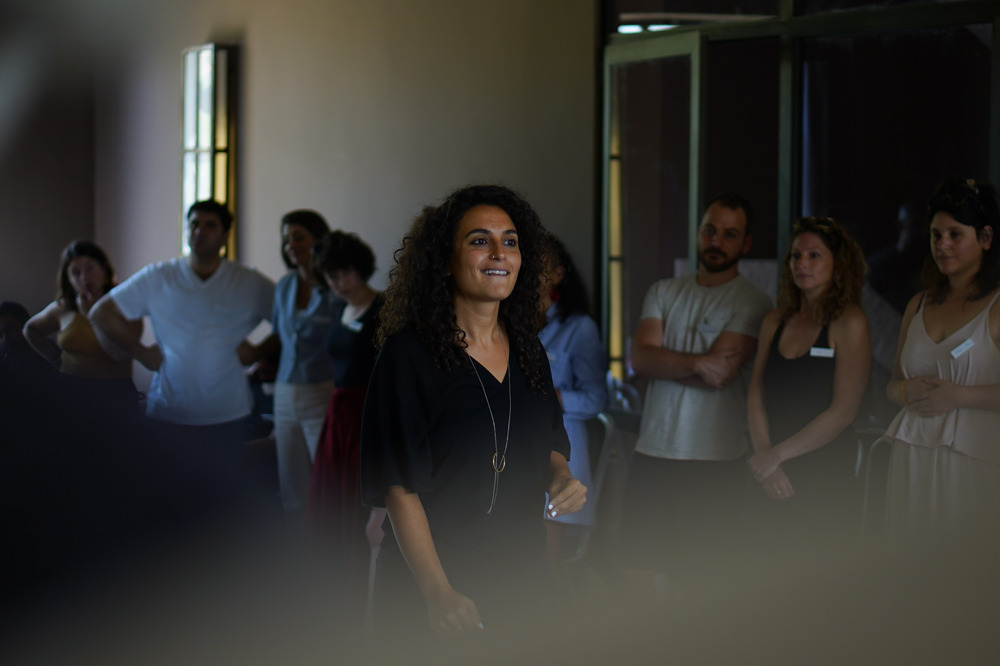 In the serene desert of Marrakesh, some 50 people from around the world came together for workshops, personal and professional growth, and above all, community. This was the first GATHER event of its kind since before the pandemic began, and program organizers prioritized wellbeing—something often overlooked yet especially critical in the lonely and sometimes dangerous field of social change.

“At the Summit, we addressed that wellbeing isn’t just an activity you do once a day, it’s a lifestyle,” said GATHER International Director Pooja Pradeep.

Watch a video about the Summit ›› 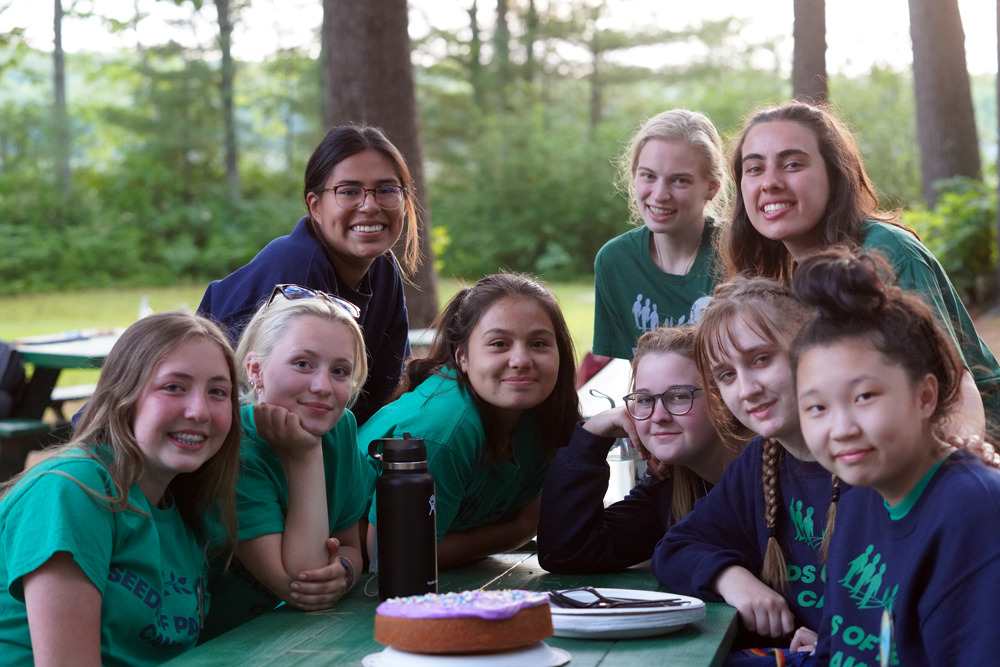 The first of two sessions of Camp brought together youth from across the state of Maine. In daily Dialogue and Community Action sessions, youth developed a better understanding of themselves, one another, and how they can work together to make change in their own communities.

“I wanted to learn skills I need to impact change, and learn more about other people’s experiences,” said Ryan, a camper from Hampden, Maine. “And Camp has been a really great experience. I’ve gotten a chance to learn about how people live around the state, hear a lot of different voices from across Maine.”

Read an article about Camp ›› 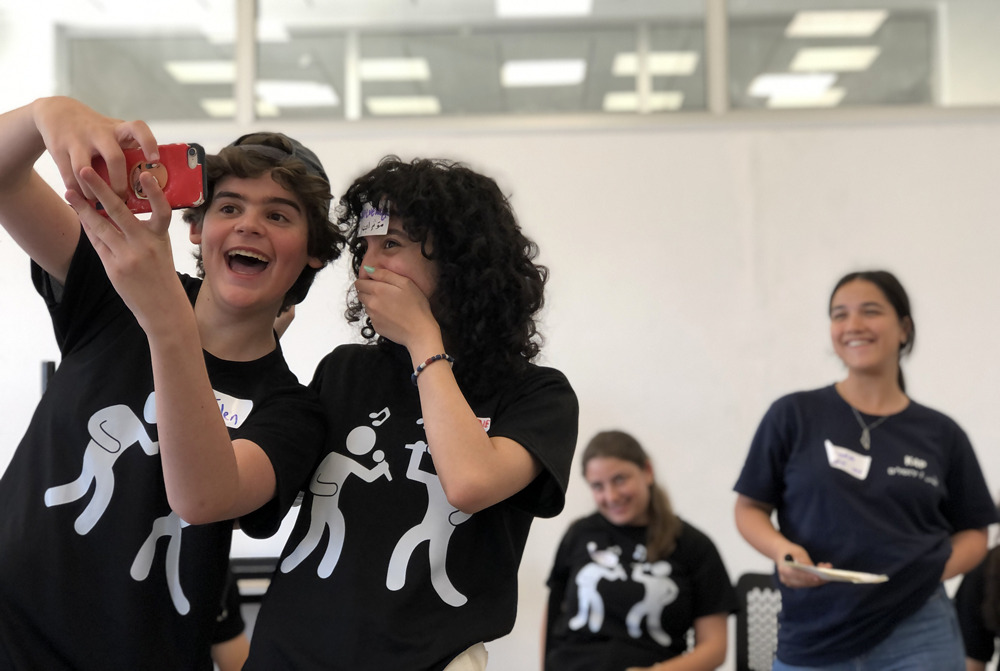 Music served as a cultural bridge at this weeklong camp, implemented by Kids4Peace and the Jerusalem Youth Chorus—which was founded by 2002 American Seed Micah Hendler—and supported by B8ofHope and the Jerusalem Foundation. Designed for youth ages 11-18, the program featured meaningful dialogue activities, singing, chorus, and songwriting workshops.

Each day also offered a chance to explore a different type of musical style and instruments, including from the Arabic oud and flute, African drumming, jazz, and even Aboriginal music from Australia. The camp culminated with a concert where participants performed the music they had leaned in Arabic, Hebrew, and English.

Watch a video about the camp ›› 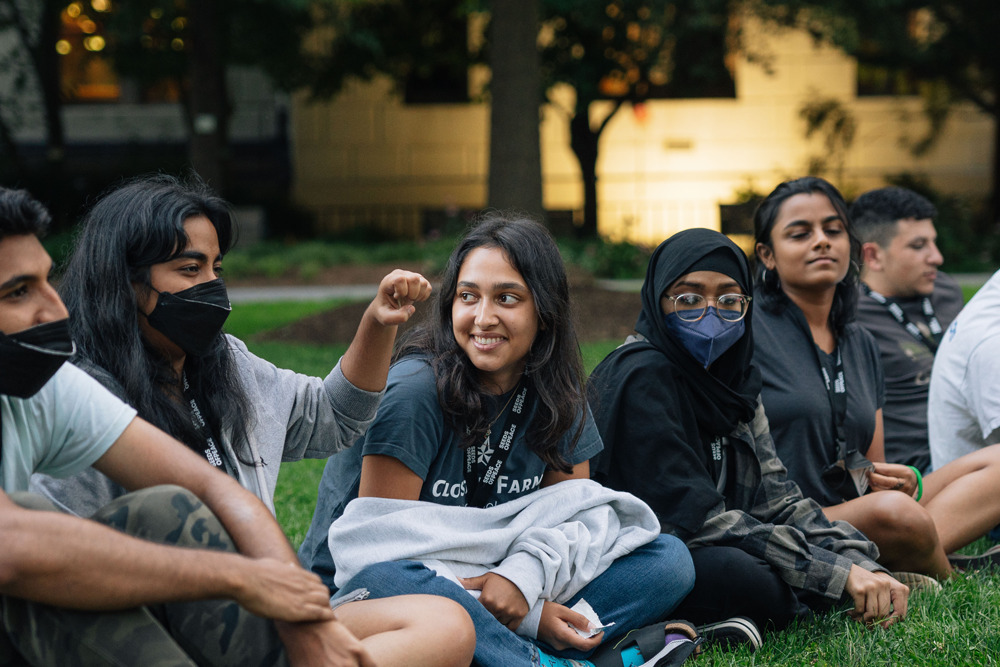 At one of the world’s biggest crossroads of power and influence, 42 Seeds ages 18-25 traveled from around the world to attend the first Seeds of Peace Global Institute, an advocacy and policy intensive in Washington, D.C. Hailing from India, Israel, Pakistan, Palestine, and the U.S., they each came with a keen interest in learning how to better effect change in their own communities.

Over the course of two weeks they lobbied lawmakers on Capitol Hill, met with journalists, exchanged ideas with leaders of think tanks and consulting groups, and discussed how to turn passions into policies with dignitaries like Amb. Katherine Tai, a member of the Biden cabinet. 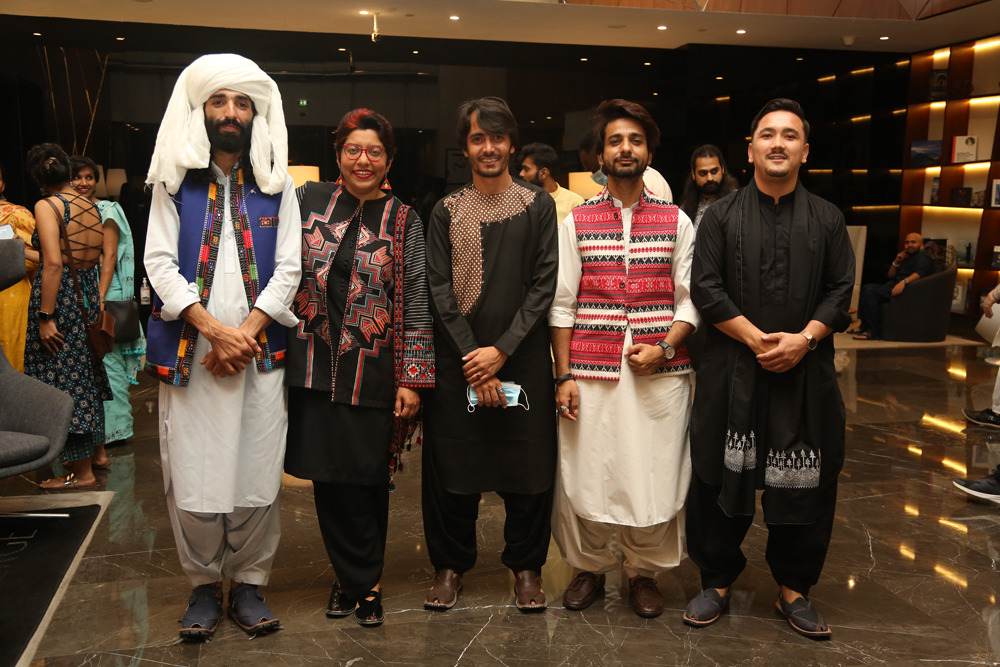 Funded by the U.S. State Department, the project brought together 42 young and emerging filmmakers from India and Pakistan to use the latest technologies to promote a message of friendship and unity. Through COVID lockdowns, delays, and technical challenges, eight cross-border teams wrote, edited, and filmed eight short films entirely remotely.

In June, the films had simultaneous premiers in Karachi and Mumbai, and in July, the filmmakers finally had the chance to meet one another at a Seeds of Peace workshop in Dubai. (Above, participants with Haya Fatima Iqbal, a mentor on the project and Academy Award winner from Pakistan.)

The videos have collectively received over one million views on YouTube, and several have been selected for national and international film festivals.

Read more about the project ›› 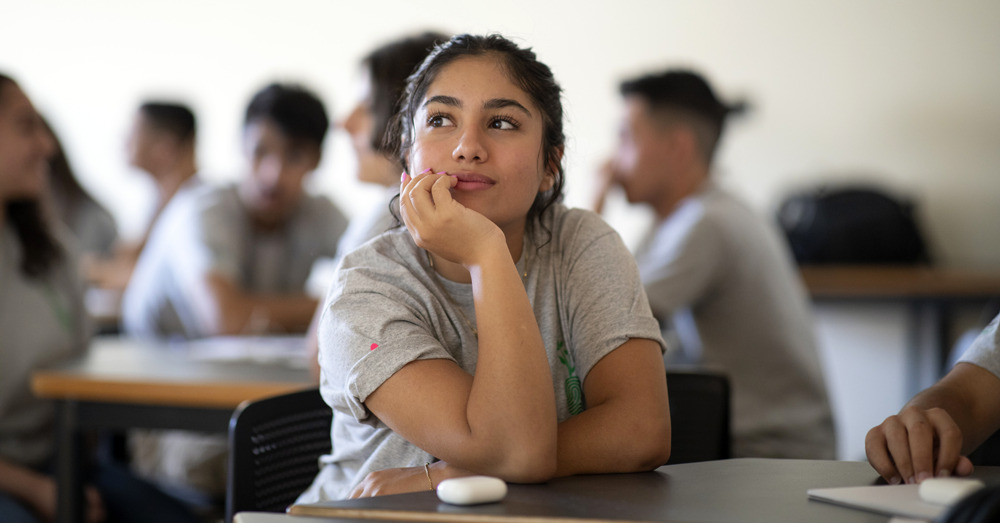 The inaugural class of Core Leadership Program graduates included 178 youth from India, Pakistan, Israel, Palestine, Jordan, and the U.S. Each of them took part in a leadership development program that met universal curriculum standards in dialogue, community-building and action, but the delivery method and specific activities were tailored to meet the needs of local youth.

Programs explored the deep divides within each society, around race, religion, and politics, and these newest Seeds learned the foundational skills they need to participate in our advanced global programs. These Core Leadership Programs occur on a rolling basis around the world. In early summer, for instance, the 2021 Palestinian and Jordanian participants graduated as Seeds, just as a new cohort of 2022 participants were beginning virtually in the U.S.

Read more about the program ›› 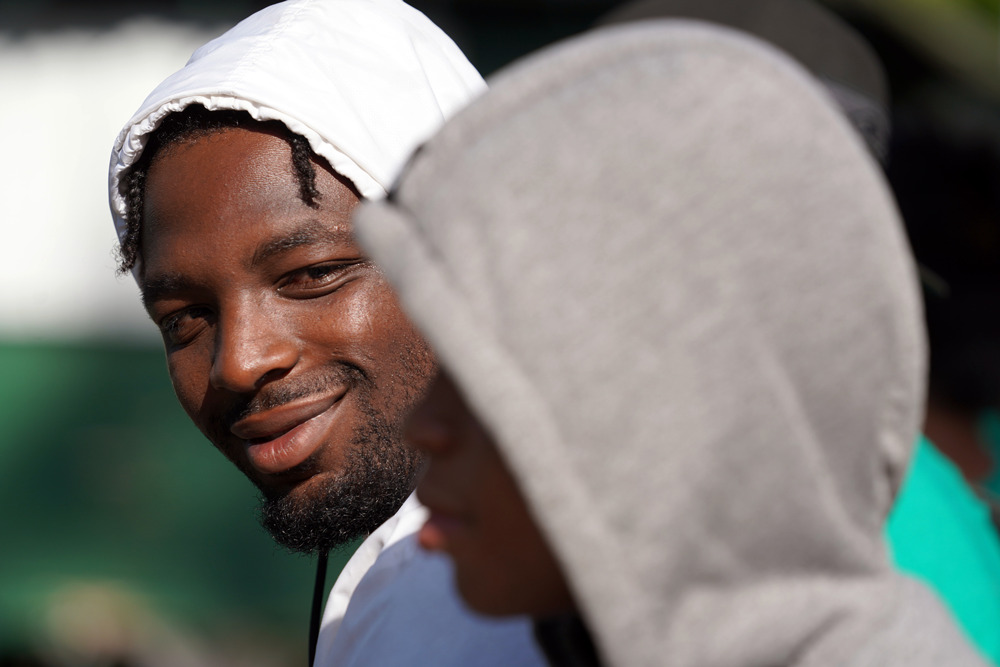 New delegations from Texas, Chicago, and Detroit joined youth from Washington, D.C., to Maine for the second session of Camp. For many youth, it was the first opportunity to truly engage with peers from different parts of the country, as well as from communities with socioeconomic and political standings that are vastly different from their own.

“Through dialogue I learned that you can never judge someone before you know them. It’s really important to learn about people and what they’ve gone through, because it’s so completely different from what you’ve gone through,” said Rebecca, a 2022 Seed from Baltimore. “I think that’s what this place is about—is learning from other people who are not like you and understanding that not everyone is going through the same things.” 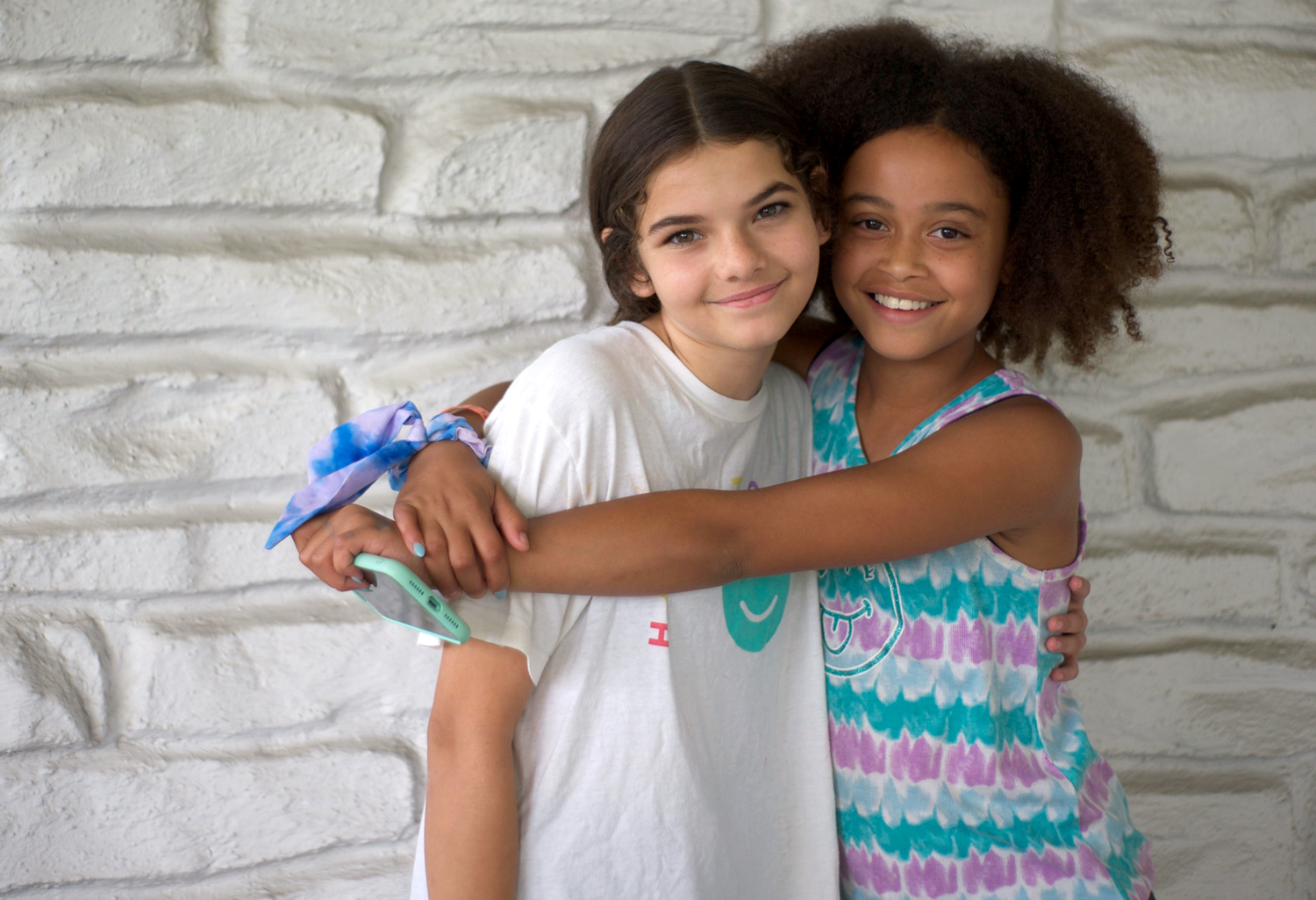 Designed by youth (grades 9-12) for slightly younger youth (grades 5-8), this camp focused on skills like listening and teambuilding while chipping away at the walls that often stand between religious groups. Each day of the five-day camp gave participants the chance to visit a different center of worship—Bahá’í, Christian, Islamic, and Jewish—talk with their faith leaders, and develop a more intimate understanding of what it means to be a part of that community.

Read more about the interfaith camp ›› 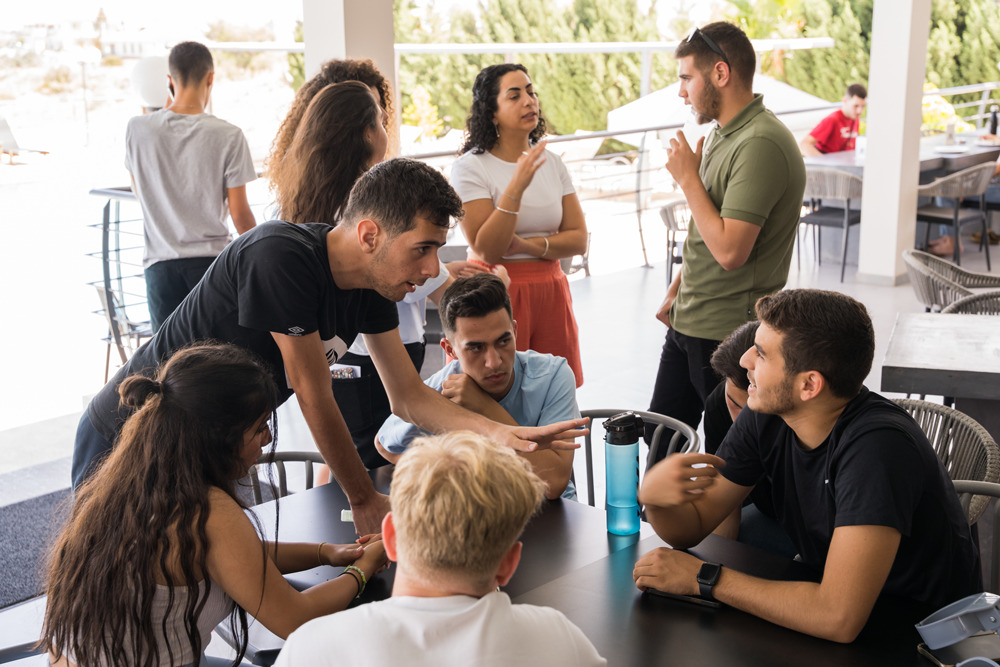 Marking the first multinational, in-person seminar for youth since before the pandemic, this week-long program brought together 37 young leaders from the Middle East (Palestine, Israel, Jordan, Cyprus and Egypt). With twice-daily dialogue sessions, a special field trip to the UN Buffer Zone, group challenges, and teambuilding work, the weeklong program was designed to deepen their understanding of conflict, of one another, and of their responsibility—and ability—to change its course.

“In dialogue I started to understand what everyone is going through, what is right, what is wrong, and I better understand that what I go through on a daily basis isn’t right. I think now, I’m more passionate about this conflict,” said Adeem, a Palestinian Seed. “I have an urge to go home and educate other people I know who live through the same things, ya’ani, I have this urge to change the community, to make a difference—to be a changemaker.”

Read more about the program ››