A year ago, Mike Reid and Yonatan Belik—counselors at the Seeds of Peace Camp, although never at the same time—assembled a group of 25 people from the Seeds of Peace community to do something a little bit crazy: spend an entire day and night riding scooters around a track and break the Guinness World Record for the longest distance traveled in 24 hours on a kick scooter by a team.

That taste of success kicked off a plan to do something even crazier: break the world record for the longest distance on a 50cc scooter in a continuous trip. Until these two hit the road, that record stood at 8,900 miles. Mike and Yonatan (who goes by his last name, Belik) completed their 70-day journey on November 19, clocking in at 9,953 miles. They called this project “Create48,” referring to the 48 contiguous states they traveled through as they made their way across the United States.

Ralph Waldo Emerson is often quoted as saying, “Life is a journey, not a destination.” (He actually said, “To finish the moment, to find the journey’s end in every step of the road, to live the greatest number of good hours, is wisdom.”) The meaning behind both statements is the mantra that propels Mike and Belik forward. Because the true goal of their endeavor was to meet people along the way; to listen to and amplify their stories.

“It’s difficult now,” Mike said. “People hide behind their screens and disengage. We need to understand one another. We bring that need forward from our experience at Seeds of Peace.”

They learned a lot about building bridges across difference as counselors at the Seeds of Peace Camp. Belik was a counselor from 2012-2014; Mike, in 2015, 2016, and 2018. They never actually spent a summer together in Maine, but Bobbie Gottschalk—a Seeds of Peace co-founder who spends her summers at Camp documenting each season through the lens of her camera—knew that the two were kindred spirits and encouraged them to meet.

“Bobbie called me and said, ‘You have to meet Mike. You’re going to do phenomenal things together,’” recalled Belik. “So Mike came to Israel in 2016, where I was living. I picked him up and here we are today.”

The two men have been documenting their journey and their interactions with total strangers on Facebook and Instagram. Every day during their 70-day ride, they learned about strangers who quickly became friends, even family. They would ask questions such as “what makes you proud of your community?” Or “what would you like people around the world to know about your home?” They then shared these stories and portraits on social media.

“It’s about being vulnerable,” said Belik. “When we’re vulnerable, we’re open. It’s a chance to interact meaningfully, to ask how they see the world. And then to obviously listen. That’s not something to be taken for granted.” 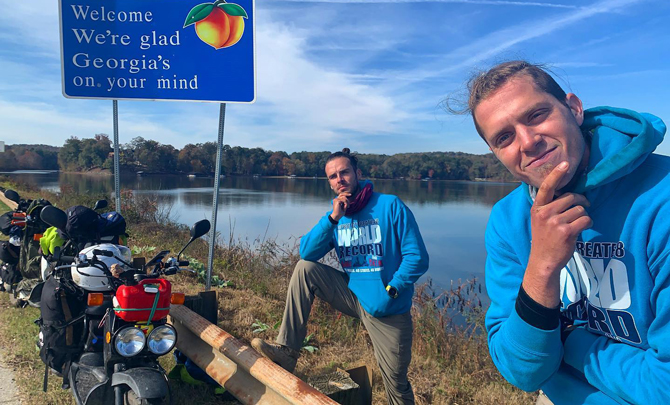 Their itinerary had them riding 150-200 miles each day, spending anywhere between six to 10 hours on their bike seats. They used Google Maps, plugging in routes that kept them off highways and interstates (they were not allowed on those roads with bikes that only got up to speeds of 35 miles per hour) and using the satellite view to find green spaces to camp out. About once a week they treated themselves to a motel, where they would use the electricity and the Wi-Fi to create videos to share on their Facebook page. They also came to rely on the kindness of strangers.

One such occasion was in New Mexico. Mike and Belik had spent time in the Rocky Mountains, camping out in winter weather for weeks, and had been looking forward to heading to the Southwest and warmer climates. Yet when they reached New Mexico, the cold was so extreme that they became desperate. Ice was forming on their visors a half-inch thick; their eyebrows and eyelids were literally frozen. They arrived in a small town of 40 people, and they decided to knock on a stranger’s door.

“The image is that people won’t open their doors and let us in,” Mike said, “but to us, when humans ask for help, you help.” They knocked on the door, noticed the air rifle hanging above it, and explained that they had been on the road for 50 days, were freezing, and needed a place to warm up. The homeowners let Mike and Belik in, and everyone, including the homeowners’ children, ended up chatting, dining, and playing guitar. 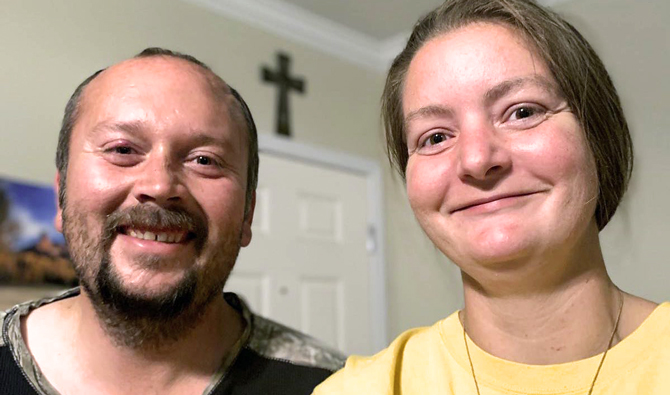 The two adventurers acknowledge that everyone has inherent prejudice, whether instilled by family or upbringing. “We look at the world a certain way,” Mike said. “First, we have to recognize that we have these glasses. There’s some group we are fearful of. We have to take internal stock of that fear and go against it. Understand and investigate it within yourself and assess the results.”

Belik added, “There’s a lot to be said about your attitude and how you carry yourself. There are days we’re struggling. That happened when we walked into a Burger King in Joplin, Missouri. We were struggling, but I walked in happy. And a lovely woman invited us to stay at her home.”

One of the scariest moments was when they left Las Vegas. Google Maps, avoiding highways, put them on a rocky road in the middle of the desert. It was dark, the bikes were slipping, Mike broke his toe, Belik fell off of his bike. “No one was coming to save us,” Belik said. “We had to rely on each other. We didn’t know what would happen, but we had to continue.”

Another potentially frightening moment, that turned out to surprise them, was in Arizona—also a location that was not always ‘bike friendly.’ They were in Navajo nation trying to repair a flat tire that had just exploded. The only way to fix it was to completely remove the tire, something they had never done. They saw a small house and decided to approach it to see if anyone could help them.

“I’m from inner-city Philly,” said Mike. “I spent most of my life in an area plagued by violence and drug addiction. We don’t trust people we don’t know.”

But they took a chance and knocked on the door. Within two minutes, the whole family came outside to help them. “We didn’t know if they were going to tell us to get off their land, but we experienced empathy. I had been programmed to expect the opposite.” 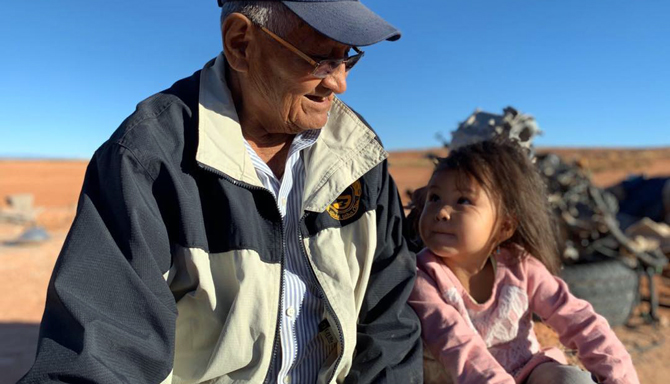 Belik talked about how people often jump to conclusions about people they don’t know. “But when you start putting faces and stories to the people you are talking about, it’s much harder to make generalizations about them. And when you meet someone, see their face, know a story that they carry, you feel a sense of responsibility for them.”

That has been the entire point of their journey (aside from breaking a world record!)—creating responsibility for one another by showing portraits and telling stories. They want to break the genuine fear people have of “the other.” As they say, true change requires empathy.

What’s next for these two self-proclaimed nomads? Another world record attempt: the longest distance traveled (1,000 kilometers) on an electric unicycle.

When asked when he thinks it might be time to settle down, Belik, age 30, said, “I feel settled. I am a nomad, an adventurer. This is our career now.”

Mike, age 32, agreed. “I have an extreme life. I’ve got a full-time job in Iceland as an alpine guide and months-long expeditions planned. I know I need to eventually slow down, start a family. But if I do it now, it’ll be too soon. I’ve never heard anyone reinforce settling down. People say ‘I wish …’” 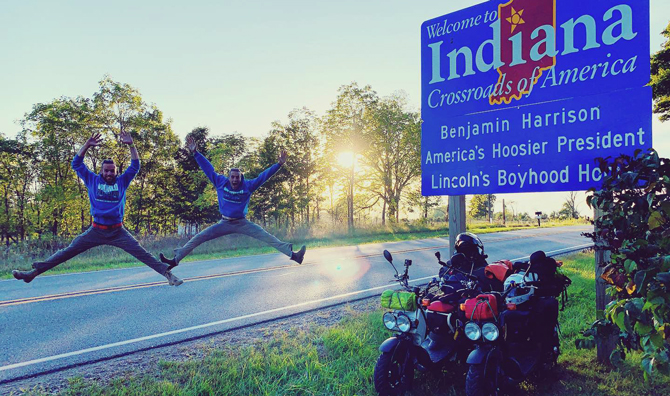 They meet people who say “I can’t, because …” and those commitments are real—kids, jobs, mortgages. But the two former counselors quote Wil Smith, the late assistant director of the Seeds of Peace Camp: Do whatever you can, wherever you are, with whatever you have.

“Everyone can do something that can bring meaning,” Mike said. “Don’t use that as rationalization. We can all adjust our lifestyles to some extent. I maintain this desire to squeeze at the edges of life. To find meaning through experience, and keep experiencing.”

Arm wrestling and oil pricing: Inside a negotiation and mediation training for Seeds

Follow the Fellows: Slowly, slowly, the awakening of a changemaker