“Storytelling is the glue that keeps everything together.” Wael, a 1993 Egyptian Seed and 2019 GATHER Fellow, sees stories everywhere.

From newspaper articles, to TV commercials, to religious texts, Wael considers stories to be a defining element of the human experience. “Entire societies and civilizations come and go based on stories and the telling, retelling, re-adapting, and revising of them,” he explained.

Wael has always been a storyteller. Born and raised in Cairo, Wael’s mother was a painter and researcher and his father co-owned a sound stage, so he grew up surrounded by—and with a deep appreciation for—the arts. Before becoming a filmmaker, he was a self-described “theater kid,” a marketing professional, and a comedy club ticket salesman—all of which, in one way or another, developed his storytelling skills. 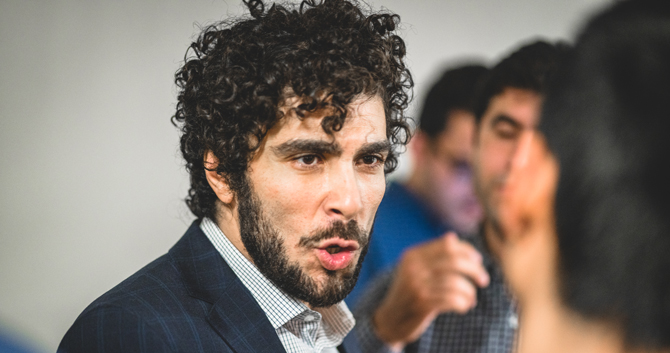 Currently, as a project-based media professional, Wael produces content ranging from documentaries, commercials, and branded content for the corporate and NGO world. He also spends part of the year as the director of the Cairo chapter of the Shnit International short film festival.

Wael has never had a desk job. Moving around and meeting new people is a core component of his work. During his travels, Wael was regularly struck by Egypt’s ethnic, cultural, and religious diversity and saddened that this diversity was often suppressed rather than channeled into collective progress.

Consensus, according to Wael, was somewhat easier to build in ancient times because narratives were built around the campfires of civilization. Simply put, Wael is “trying to bring everybody back to the warmth of that campfire.” He is committed to strengthening communal expression so that it can, once again, be used as a tool for connection, collaboration, and change.

Ranging from creative writing, to photography and filmmaking, these workshops bring together diverse groups of Egyptian people—particularly people that otherwise wouldn’t be able to afford arts programming. Story Lab was built to be responsive to the needs of communities across Egypt, so each workshop serves a different group of people. A photography workshop in Cairo, for example, worked with elementary school children, while a creative writing workshop in Aswan served adult members of the Southern and Nubian communities. A team of freelance creative professionals works with Wael to facilitate the workshops, and Wael himself is an instructor for Story Lab’s filmmaking workshops.

Story Lab works with local partners wherever it goes—from schools, to local government councils, to village elders. Especially in more conservative or rural parts of the country, Wael emphasizes the importance of community members to help facilitate connection and cooperation. 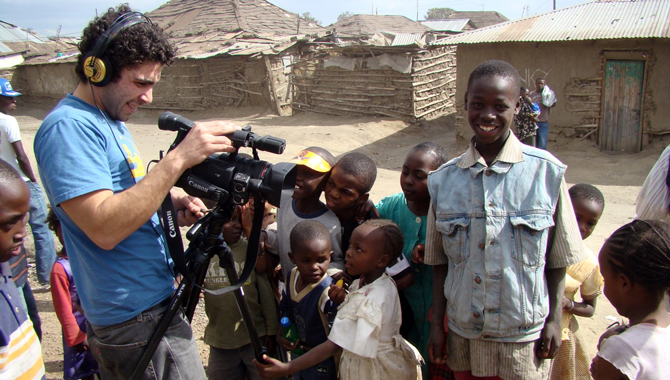 “We access these communities essentially as outsiders and as foreigners,” Wael explained, “there’s a certain cultural distrust. We are often viewed as city-folk, so we try to settle this suspicion by engaging directly with their people, their traditions, and even their cuisine.”

Each Story Lab workshop is structured around a group project. On the first day of any workshop, the brainstorming and bonding process begins with playing games. These games are meant to solicit opinions, tastes, and preferences from all of the participants. Through these games, Wael said, “very quickly the group realizes how much of a common ground they often share.”

Story Lab intentionally engineers groups that otherwise may have never had the chance to sit in the same room—at least not in an egalitarian way. An upcoming workshop in Alexandria, for example, will include a Syrian refugee who was working in a shawarma shop in Alexandria, as well as patrons at his shop.

“They’ve probably never talked about anything in their lives except what they want in their shawarma,” Wael reflected, “this is the kind of dynamic that we’re always trying to transform.”

Story Lab helps people find agency within, and ownership over, their stories. This focus on individual and collective ownership, indeed, is the secret to Story Lab’s success: “Participants are always connected to what they’re learning because it’s theirs,” Wael explained.

In fact, Story Lab’s focus on building connections between conflict groups can be traced back to Wael’s experience as one of the first campers during Seeds of Peace’s inaugural year, in 1993. Wael’s connection to Seeds of Peace is ever-evolving. As he reflected, “Seeds of Peace, for me, is an experience you unpack over decades, not months or years.” 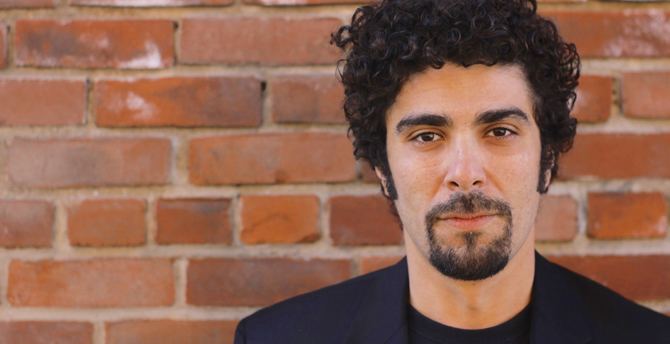 Wael’s time at Camp ended with the signing of the Oslo Accords at the White House. He explained that this “honeymoon period,” however, was shattered two years later with Yitzhak Rabin’s assassination. Wael became deeply disillusioned as a result. He remembers thinking: “If what it takes for us to actually have peace is for both peoples to be airlifted to Camp in Maine, then forget it. Peace is unattainable.”

Years later, though, after living in New York and making Jewish-American friends, Wael was able to disconnect his Seeds of Peace experience from political events.

“Politics tends to color things with the wrong colors … it’s the wrong brush altogether,” he said.

“Seeds wasn’t built on what I see on TV or what my family or society tells me,” he reflected. “It was an actual experience that I could go back to. I could go back and remember those bunkmates from Israel, from Palestine.”

Wael explained how personal connections, like those fostered through Story Lab and Seeds of Peace, cultivate tolerance. He acknowledged that tolerance can be acquired intellectually, but, as his experience illustrates, tolerance is often more intense and enduring when it’s emotionally-based. 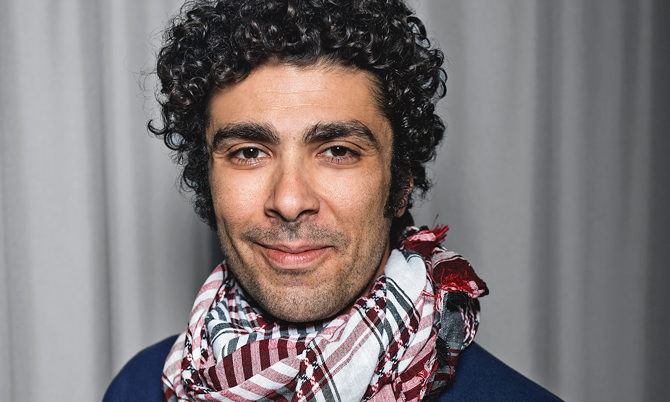 Wael applied for the GATHER Fellowship in part to expand upon his Seeds of Peace experience as well as to “cross borders with my work and my thinking.” The GATHER Fellows, Wael explains, are “completely diverse with divergent skill sets. But we all need each other’s skills in a way, although we don’t do exactly what the other does.”

This collaboration and celebration of difference that Wael finds in GATHER and fosters in Story Lab brings meaning and purpose to his life. He wants to take the world a step beyond coexistence.

“Coexistence to me, in 2019, sounds cold. I coexist with the people in my building, but we don’t know each other. We don’t have these warm, neighborly relations. We don’t share a story,” Wael reflected. “And that’s what I’m trying to do, I’m trying to take the world into that warmth, that warmth of community and collaboration.”

This series highlights our 2019 GATHER Fellows. To learn more about the inspiring social change that Wael and our other Fellows are working towards, check out #FollowtheFellows on Facebook, Twitter, and Instagram.

A shared vision for change at the 2019 UK Reception