“One thing I dislike the most is being told I can’t.”

That fire is what compelled Mariam to hike Mount Kilimanjaro at the age of 17, surprising the rest of her tour group who said that they had never seen an Arab woman on the climb before. And it’s the same burning energy that fuels her desire to create a platform that changes the narrative for what it means to be a woman in Egyptian society.

Mariam, a 2010 Egyptian Seed and a 2019 GATHER Fellow, has always been passionate about female empowerment and gender equality. Although she grew up in a supportive family and didn’t have to battle many of the same inequities as her peers, she acknowledges the almost invisible ways that gender roles played out in her relationships. “When I was going through college,” she said, “there wasn’t this expectation or pressure on me to find a job and make a career for myself, when there was the same for my brother because he was expected to ‘open a home.’” 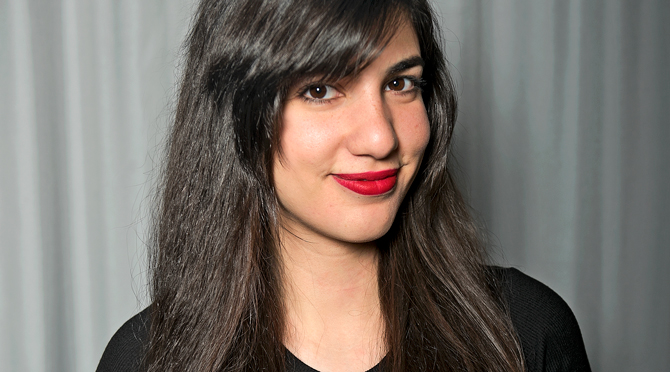 Mariam spoke of how women in Egypt, and Arab society in general, are “constantly being told that they can’t.” They can’t go after their dreams; they can’t abandon their duties as homemakers or mothers or wives. “Ambition tends to be a scarlet letter in some ways over here.”

Even though there are anti-discrimination laws in Egypt that forbid employers from making hiring and firing decisions based on gender, Mariam said these laws aren’t truly applied. While a company won’t admit that it didn’t hire a woman solely because she’s a woman, that female candidate is still battling perceptions of not being fully committed to her work. “And there are job advertisements that say ‘males only.’ There may be ‘females only,’ but that’s usually for secretary work. Very 1950s,” she said, referring to the way many societies around the world were at that time.

So how did Mariam come to reject these deeply ingrained beliefs? “Growing up in the age of the Internet, you saw all these inspiring women doing some really amazing stuff—like Rana el Kaliouby, who uses AI to make technology more emotionally aware, or Leila Janah who uses data services to expand opportunities to low-income women and youth. And it was hard not to be inspired by that. There’s a lot of power in the Internet, technology and social media.” 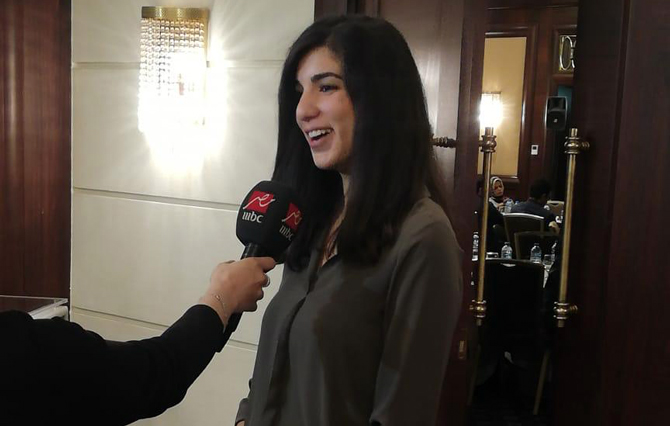 It’s this power that Mariam is harnessing through a platform she has developed called Zahera, which means ‘to flourish’ in Arabic. It’s an online community for ambitious women, as Mariam describes it, that provides educational tools—articles, interviews, online courses, expert advice—in Arabic. “I wanted to build a community where women can have candid conversations on the pressure that comes with being a working woman. Basically, just create a space that really speaks in their language, where you can be inspired and encouraged and emboldened.” 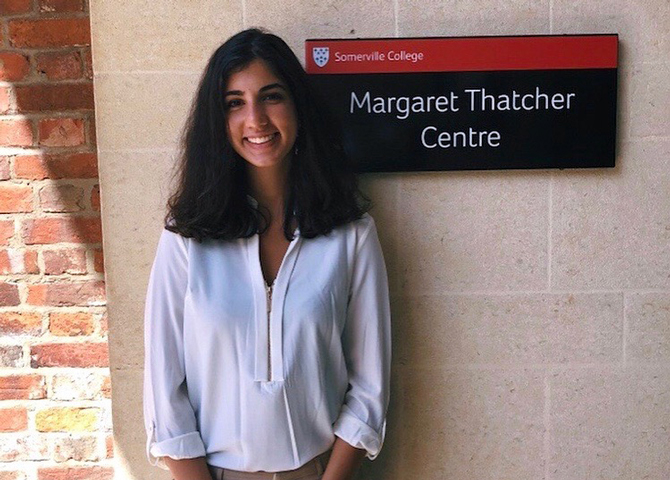 What Mariam wants to do is change the narrative. “I think Arab women are perceived as timid and prude and obedient,” she said, “and one of the goals of Zahera is to highlight women from all sorts of backgrounds and walks of life, women who are challenging old-fashioned rules and traditions every day.”

As she points out, most of the online content that is currently targeted towards Arab women tends to be clustered around traditional topics such as fashion, parenting, cooking. Mariam doesn’t see information about how to negotiate a salary or maternity leave policies or dealing with gender-based violence or harassment in the workplace.

“I feel like this time is pivotal,” Mariam said. “There are protests happening in Palestine, there are widespread calls for gender equity, and we need to tap into that. That’s what Zahera aims to do.” She also noted how dangerous it is for women to even be in public spaces in Egypt. “The streets aren’t made for you. The sexual harassment levels here are staggering, at just over 99 percent of women having experienced some sort of harassment.”

Mariam has a nickname, which is the female word for ‘star’ in Arabic. She sees it as her purpose in life to light the way for others. That doesn’t mean being front and center; rather, just forging a path for others to follow, amplifying their voices along the way. She wants to pass the mic, so to speak. And she taps into her professional network, having worked on international development projects for a few years already, to find women from all areas of Egypt—Cairo and Alexandria, but also Upper Egypt and the Delta. She’s especially keen to reach places that aren’t highlighted enough, where more conservative mindsets are deeply rooted. Because there are artists and scientists and women winning awards in these places, who are bravely challenging the rules and traditions and paving the way for other women.

“There’s this perception that women cannot work with other women. And it just angers me so much,” she said, referring to a recent poll on a woman’s Facebook group that asked if women would prefer to have a male or female manager. Almost all of the respondents preferred a male manager. “It made me wonder: how do you, as a woman, expect to be a manager someday? I feel like my success is seeing other women succeed.”

She talks about bringing more women ‘to the table,’ but notes that it’s not enough to reserve one space for a female perspective. “We don’t want to remove you from the table; just create more seats.”

Mariam is appreciative of the GATHER Fellowship in that it forced her to focus on her own personal development, apart from gaining technical skills. She calls it a ‘judgment-free zone’ that taught her to take care of herself and look inside. “Don’t go on autopilot, be more reflective,” she shared. “This field can be very draining, and GATHER teaches us that it is important not to pour from an empty cup.”

For Mariam, hiking is that meditative process that helps her clear her head. And while not every hike takes her up the highest mountain on the continent at nearly 6,000 meters above sea level, the idea is the same: “You don’t think of the overwhelming factors in front of you. You just put one leg in front of the other until you reach the summit.”

Going on adventures and trying new things that might seem uncomfortable—like hiking Mount Kilimanjaro—is what anchors her in times of doubt and insecurity. She acknowledges that it’s easy to feel overwhelmed and to shy away from doing something bold. But her call to other women is to get out of their comfort zone.

This series highlights our 2019 GATHER Fellows. To learn more about the inspiring social change that Mariam and our other Fellows are working towards, check out #FollowtheFellows on Facebook, Twitter, and Instagram.