Ryan spent this spring applying to two positions: a camper slot at the Seeds of Peace Camp and a member of the Maine State Board of Education.

“I’m really interested in bringing about education policy change,” says the 15-year-old rising junior. “I think we need to create a more diverse curriculum and hire teachers and administrators that reflect the diversity within our communities.”

Ryan is from Hampden, a town outside of Bangor, and attends Hampden Academy, a public high school.

He was one of six semifinalists selected for one of two youth seats on the state Board of Education. Ryan was then nominated by Gov. Janet Mills and confirmed by the Maine State Senate, where he now represents the entire 2nd Congressional District on the board.

The advisory panel, which makes education policy recommendations to the legislative and executive branches of the state government, is made up of 12 members, including two students. Ryan will now serve a two-year term lasting until he graduates from high school, attending monthly meetings in August and virtual meetings of the student voices committee and student cabinet.

“I’m looking to use the power I have to make schools more equitable and work for every student,” he says.

Ryan had heard about the Seeds of Peace Camp from a friend who is a Seed. She told him that her Camp experience had been one of the most influential experiences in her life. So when his school principal wrote him about applying to Camp, he jumped at the opportunity.

“I wanted to learn skills I need to impact change, and learn more about other people’s experiences,” he says. “And Camp has been a really great experience. I’ve gotten a chance to learn about how people live around the state, hear a lot of different voices from across Maine.”

“From what I saw during the equity and education discussions here at Camp, it’s clear that even at schools with a majority people-of-color population, teachers and administers don’t reflect that diversity.” 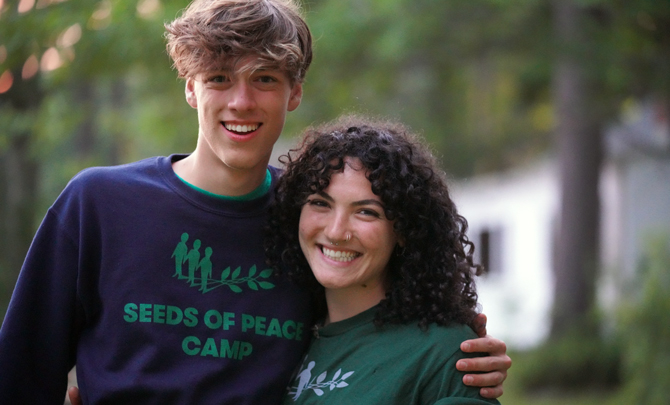 Ryan credits dialogue sessions and the Community Action initiative at Camp for helping him gain skills that he can carry forward.

“Some of the tools we’ve learned have been useful in planning out how to create change. Active listening, for example, has been a really good skill that was reinforced here at Camp. Same with exercise in how to think out problems as a group and build solutions.”

Seeds of Peace opens for the summer, plans to start program for K-12 students this fall | Lewiston Sun Journal