Amid uncertainties, Seeds of Peace Educators rise to the challenges of the moment

For most of the 20 years that I’ve worked in conflict regions, the United States, alongside terrible disparities, has felt comparatively safe and predictable in ways that the fortunate usually take for granted.

But when I moved to Philadelphia in 2017, after 11 years in Jerusalem, I noticed disturbing dynamics in American society and politics that reminded me of the dynamics “over there.”

In response to this, my colleagues and I, who had been putting the bulk of attention into the Middle East, South Asia, and Cyprus, expanded our work in the U.S., and in the summer of 2017, we started offering Educating in a Diverse Democracy, a course for American educators at the Seeds of Peace Camp in Maine.

We planned to again hold the course in Maine for the summer of 2020, but when Camp was canceled because of the Coronavirus, we, like so many others, turned to the remote option. With Educating in a Diverse Democracy: Challenges and Possibilities, we offered a series of mini-courses and webinars for American educators engaged with the challenges of the moment: Coronavirus and the fallout from it; systemic racial injustice; environmental catastrophe, a divided society; a dysfunctional media landscape, a broken political system, turbulence and uncertainty like few Americans alive today have experienced before.

The overarching theme that integrated each part of this online effort was the critical role of the educator in supporting young people and cultivating educational ecosystems where seeds (in the broadest sense) flourish. As Meenakshi Chhabra, a member of the team and long-time Seeds of Peace Educator, puts it, “If the teachers don’t change then nothing changes.” 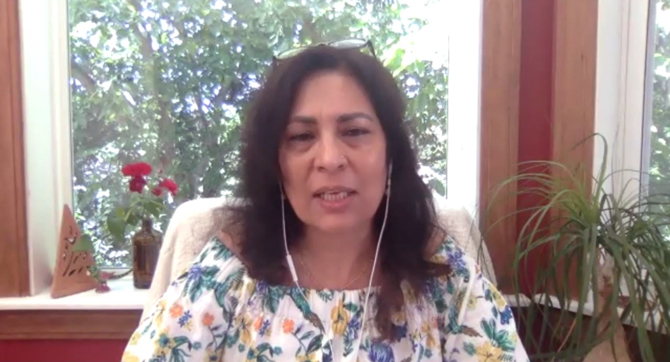 We divided the four weeks into four thematic mini-courses that together composed an arc of learning. Each week started with a Monday forum presenting the theme and ended with a Thursday evening salon. Forums and salons were open to the larger community. On Tuesdays, Wednesdays, and Thursdays, we offered workshops to take a deeper dive.

The first week of the initiative, “Practicing Dialogue: Starting with Self and ‘Other’,” we set the framework for the dialogue-based experiential education at the heart of this work. We explored the interplay between the mind and body, while practicing the self-knowledge that makes conditions for dialogue possible, the skills for active listening, for perspective taking and enlarging the scope of empathy—along with the awareness of when it’s just not the time to talk. 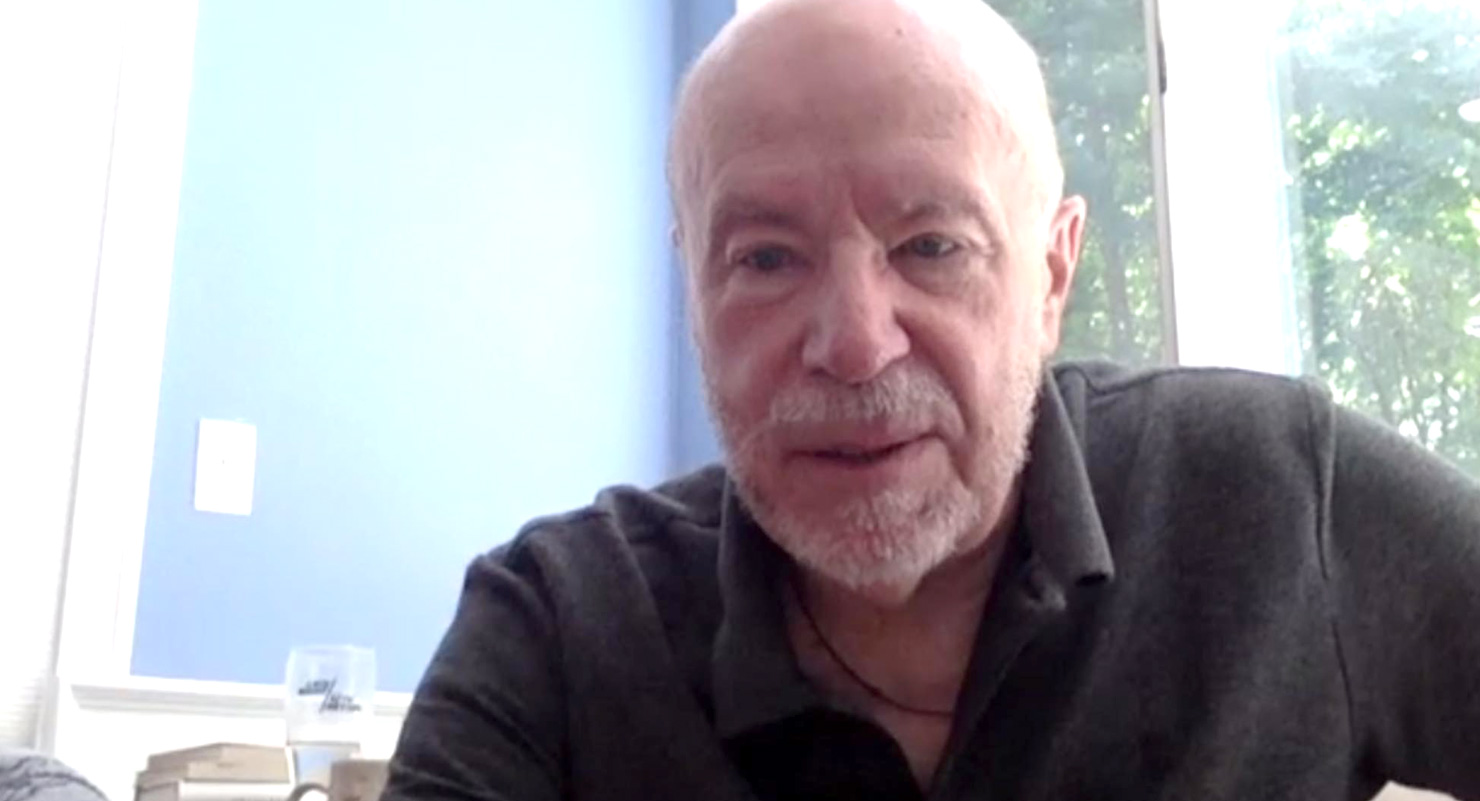 The second week, “Inviting Imagination: Art and Education” was funneled through the idea that spoken dialogue is not enough; through the arts, people deepen their capacities for self-reflection, expression, communication, and community. This week started with the chance to play and exercise the imagination, led by the artists and GATHER Fellows Hanoch and Mira. (View the resource booklet Hanoch created as part of his Fellowship; or Mira’s music video Think of Others, produced with support from Seeds of Peace). The week continued with a series of workshops led by Micah (2004 American Seed and 2015 GATHER Fellow) and the musician Austin Willacy, who have recently started a new initiative, Raise Your Voice. 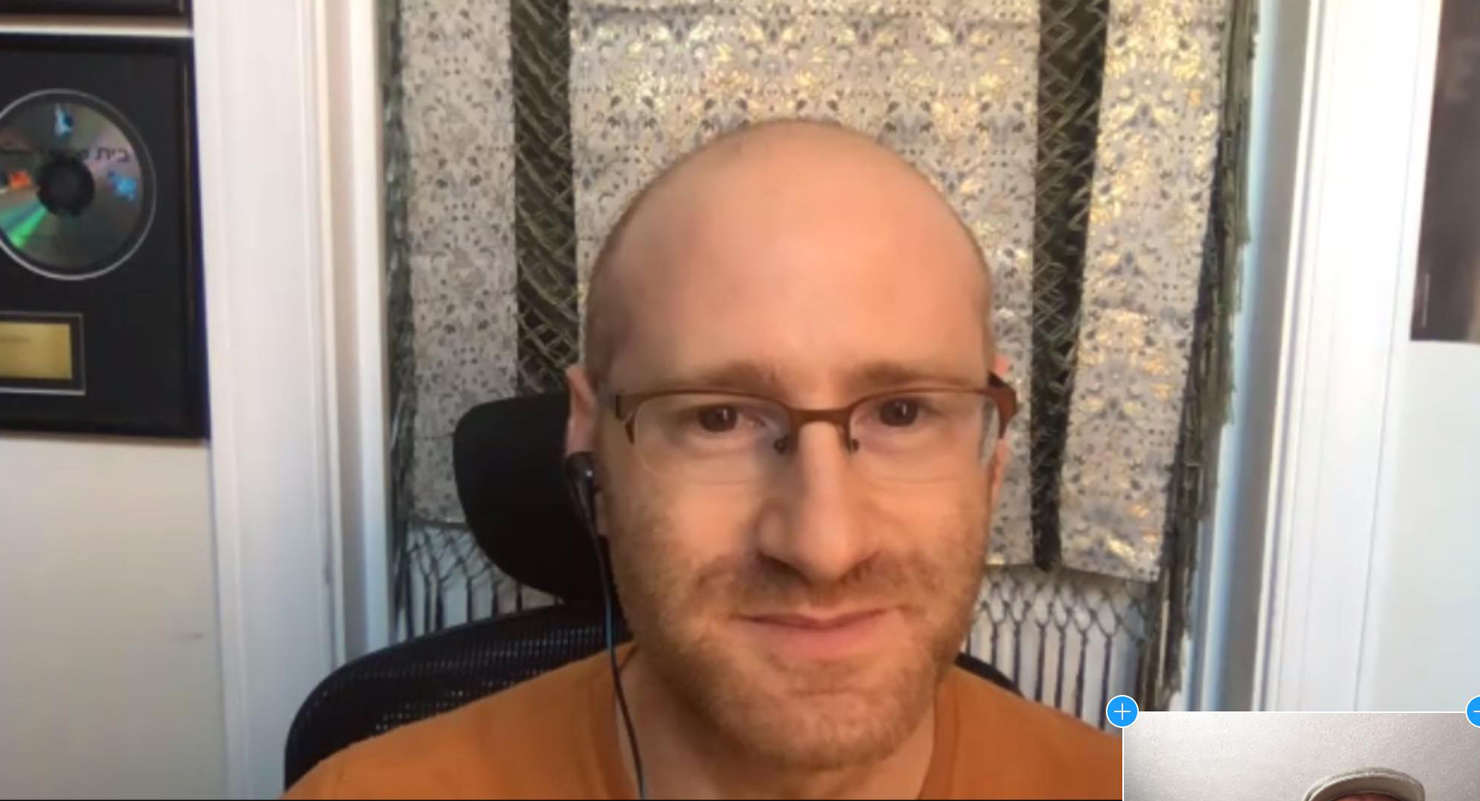 The third week, “Engaging and Embodying the Moral Imagination,” grew from the idea that, crucial as it is to integrate the arts and education—the arts by themselves lack a moral component while the education that we are practicing is deeply concerned with moral questions of how to live. 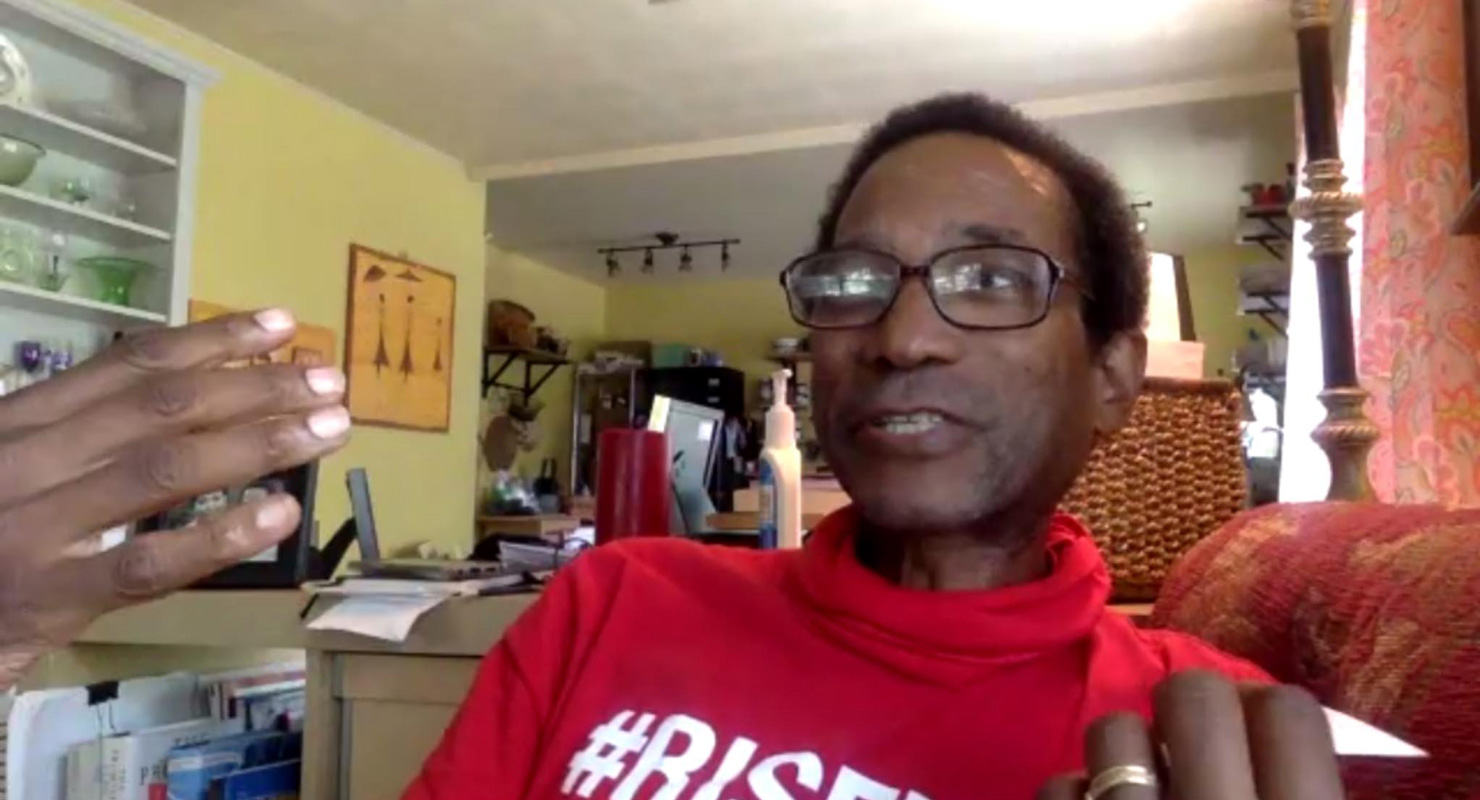 Featured guests included the historian Michael Hines, and Sulaiman, a 2015 GATHER Fellow, co-founder of Combatants for Peace, and co-author of the coming book “The Same Water, The Same Stones: A Palestinian Journey to Collective Liberation.” Through talking about what he has learned in life, Sulaiman helped us to distill “the moral imagination”—that bundle of values, skills, and capacities at the heart of a Seeds of Peace education.

The fourth and final week, “Action Planning for Educators,” launched with a forum in which Seeds of Peace elders Tim Wilson and Bobbie Gottschalk explored what to do on the ground, how to work in systems, how to turn ideas and hopes into tangible realities. We spent the week focused on how people want to engage and what they want to do now. 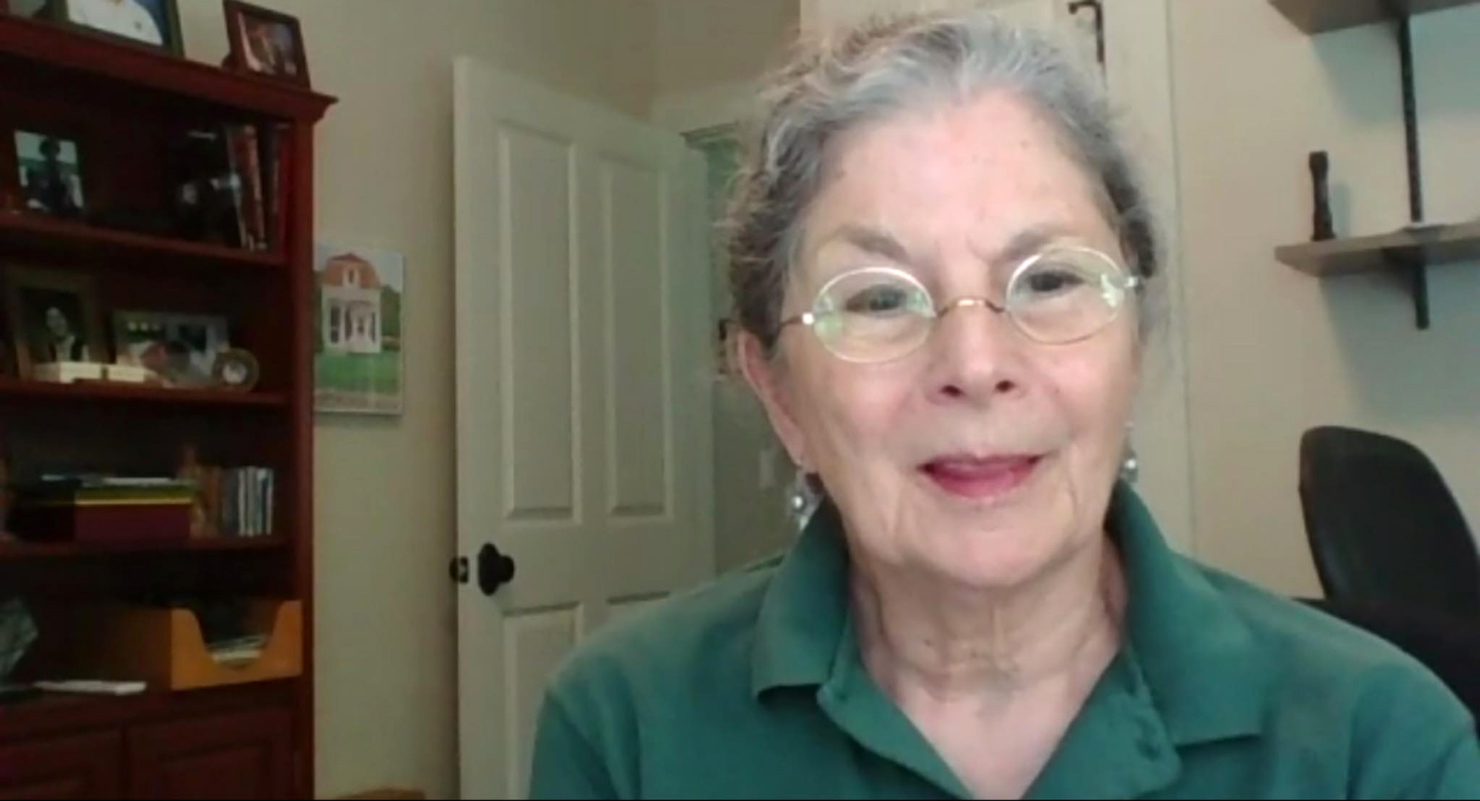 Throughout the four weeks, educators from across the Seeds of Peace community shared wisdom and best practices that led to countless moments of connection and insight. Weekly forums included up to 60 people; a core group of educators, high school and university students, stayed together throughout the month, making it possible to have the kind of intergenerational dialogue that we strive for. Those new to Seeds of Peace benefitted, as did those already part of this work. One educator said: “We don’t have many spaces like that in our lives.” A second said: “We don’t have these spaces to authentically, freely converse, especially with a group of people who know what’s up.” A third reported that the time together “was therapeutic and gave me some tools for self-help going back to school.”

We are left inspired. We are left with questions. We are left whelmed but not overwhelmed. We are left determined. Through this online effort, Seeds of Peace has a larger stronger group of American educators committed to cultivating an ecosystem where Seeds, and the values of the organization, flourish.

At the time of publication of this article, many educators in the U.S. have returned to settings unlike any they have previously known, and in too many cases, they’re going forward without the necessary guidance, resources, or support. Thanks to contributions from participants in this summer’s online initiative, we are currently preparing a resource packet for educators that will be available later this year. In the meantime, we invite you to visit our website resources, sign up for notifications, or learn how you can get involved. Together, we might be able to figure out how to meet the challenges and possibilities around the next bend.

Going the extra mile to give the security of a home