500 letters from Egypt, with love

Over 500 letters will be going to refugee children this New Year’s Eve, thanks to the efforts of 10 Egyptian Seeds and seven of their friends. The group came together in Cairo on December 6 to scribble out letters as part of the second collaboration between Seeds of Peace Egypt and Letters of Love, a nonprofit founded by Pooja, 2018 GATHER Fellow and Seeds of Peace Camp counselor from India. 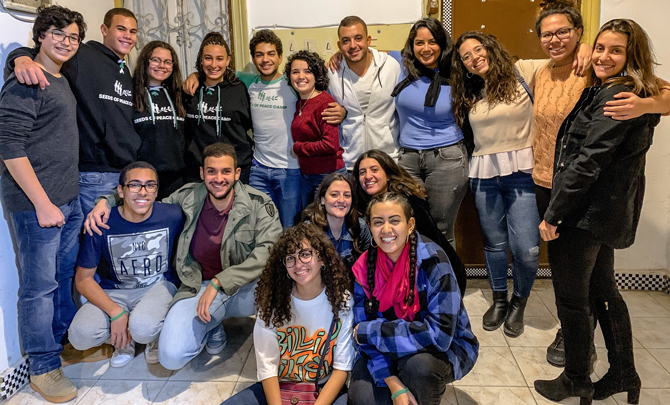 Letters of Love was an idea born in 2015 that primarily aimed at spreading smiles to refugee children through handwritten letters. It has since grown to become a youth-led international non-profit organization that offers psychosocial support to refugee children through handwritten letters while creating a globally aware, empathetic citizenry of young leaders in classrooms.

“It is very inspiring to see so many people show up and be involved in such an initiative,” said Kenzi, an Egyptian Seed. “It really shows that we are capable of making a difference on the individual level despite what is going on in the world.”

Learn more about our programs in Egypt and the Middle East ››