Seeds of Peace expresses condolences on the passing of George H.W. Bush

NEW YORK | Seeds of Peace expresses its condolences on the passing of President George H.W. Bush. In his retirement, President Bush was a supporter of our work and alumni, and in 2004 joined President Bill Clinton in serving on the Seeds of Peace Advisory Board.

On the occasion of President Bush’s 90th birthday, a supporter in Maine established an annual Seeds of Peace Camp scholarship in the President’s name. This connected Bush with recipients from Cairo, Hebron, Tel Aviv, and Gaza over the past several summers, allowing him to hear their stories, including during a visit to the President’s home in Kennebunkport in 2016. 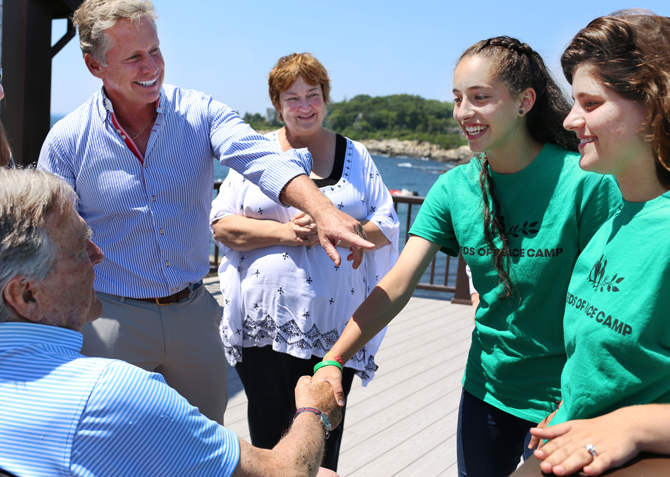 OPINION: Young people are showing up for democracy
CNN