Meet Saumya: Doing the most good with 3,900 weekends

How much good can one person do, how much love can one person spread, in the course of a lifetime? Saumya, a 2018 Indian Seed, is well on her way to finding out.

The 17-year-old said she calculated some time ago that she probably has around 3,900 weekends left on earth. The realization was a motivator, but also put much into perspective: What did she want to do with this precious time? 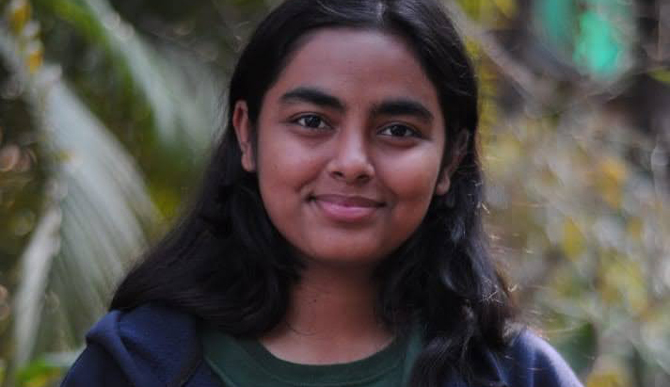 In many ways, she’s already done more than most. In the eighth grade she attended the Seeds of Peace Interfaith Camp in India, a choice that set her on a path to attending Camp in Maine in 2018, becoming a dialogue facilitator, and using a few of her favorite tools—particularly dialogue, art, dancing, and a lot of love—to becoming a champion of female empowerment and youth education.

“Through dialogue with Seeds of Peace, I began to see small things in the ways that women were treated, whether they had professional lives or worked from home. Seeing the hypocrisy inspired me to do something, and I started by going back to my roots.”

Thus was born Project Sachetna (birth or renewal in Hindi), a weeklong, in-person program that Saumya and her sister Sanmyukta (2019 Indian Seed) founded in 2018 for girls in the rural community where her father grew up. Using primarily dialogue and arts and crafts, they sought to bring a message of empowerment to girls who were only a few years younger than them. 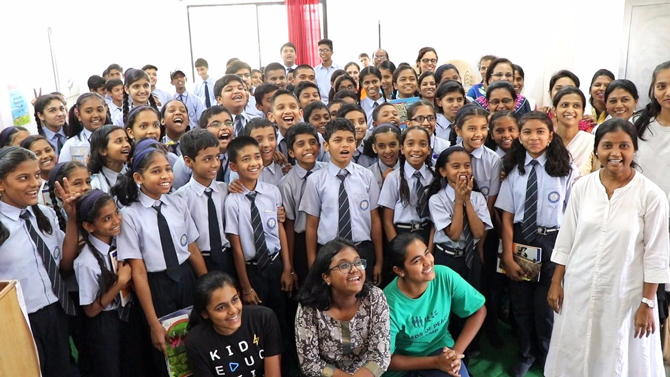 “Most of the kids go to school for the free lunch, and most of the girls get married after 10th grade,” Saumya said. “There’s not much a future for them if they want something else, but we wanted to show them they did have a choice, and that their voices mattered.”

The program was scheduled for a week during the students’ vacation, and Saumya was told not to expect much in terms of attendance.

“The first few days started with around 20 girls, but the numbers kept increasing. They were showing up an hour early, and before long, boys began coming as well, intrigued by what the girls were learning. By the end of the week, the number had more than doubled,” Saumya said. 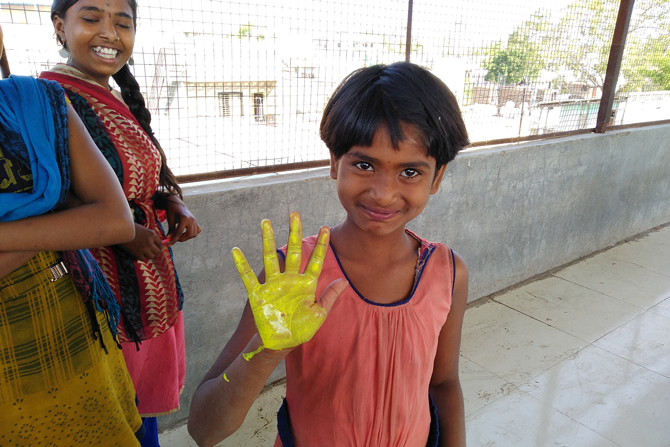 She has since been selected for a number of prestigious fellowships that allow youth to explore and express ideas around intersections of topics like feminism, equality, and leadership. Most recently, she was invited by Teach for India to participate in a project examining the repercussions of the pandemic on education in India. Organizing community dialogues, creating toolkits that countered misinformation, and even speaking on national television, she advocated for the millions of students—some 60 percent of children—without internet access who were suffering from a lack of education during the pandemic.

“These are not just statistics, there are actually humans behind them,” she told a newscaster. “If we can put resources into reopening restaurants and reopening bars, why are we not putting the same resources into re-opening our schools?”

While Saumya is motivated to make the most of her time on earth, she said her focus is on empowering others to make changes in their own lives and communities.

“I want to do remarkable work that sustains my soul, but it’s not about fame or money,” she said, “If I’m able to help out even one person, I’ll feel like this is a life well lived.”